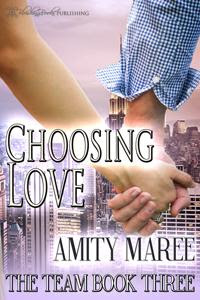 John Morris, a widower for a little over nine years, has an eye for his neighbor, Natalie. But that eye is trained on her shapely backside, which he would like to flip up in the air for a damn good spanking for the way she behaves! HerSaturday morning screaming at her boys finally pushes him too far, and before he realizes what he is doing, he has her bent over the back of his sofa, wailing the tar out of her for screaming at her sons on a Saturday morning. It was her turn to get a good lesson, but John is the one who learns that he really cares about her.
Amos Linville is a former Special Ops Warrior, and he has horrible nightmares. He is afraid that if he allows himself to show his love for his Pastor’s daughter, he will wake up some morning only to learn he has killed her during one of his bad dreams. Lydia is tired of being put off and takes matters in her own hands, stowing away in the backseat of his car so she can spend the weekend with him and convince him he is wrong. What she didn’t count on was the temper the normally gentle man possessed when he was furious, or the hard hand he rigorously applied to her bottom.
Can the two men find love, in spite of their determination to remain single?
Now available at Blushing Books
Chapter One is available for  FREE
___________________________________________________________