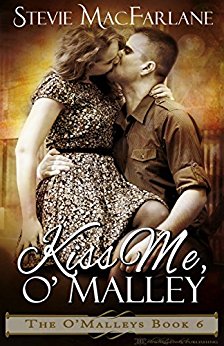 Kiss Me, O’Malley (The O’Malleys Book 6)
By: Stevie MacFarlane
Sean:
Ever since I met her, I knew Maeve was going to be my wife someday.
Aye, she’s trouble, there’s no doubt about it,
Strutting around town, endangering her reputation.
Before I left for university, I warned her:
You’re going to be mine, so don’t go getting into any mischief!
Maeve:
I’ve been in love with Sean for as long as I can remember
But why does he have to be so damn bossy and opinionated?
Aye, I might have done a few foolish things after he left, but
There was no permanent damage.
And the way he forced my hand was downright underhanded…
When I marry him – if I marry him –
I’m going to teach him a thing or two about how to treat women!
Author’s Note: This book is a prequel to The O’Malley Series. Many times I’ve been asked for Sean and Maeve’s story. Readers seem to want to know how the parents of Rory, Maggie, Patrick, Colleen, and Bridget met and fell in love many years ago in Ireland.
Publisher’s Note: This book contains elements of power exchange and domestic discipline. If these offend you, please do not purchase.

___________________________________________
Enjoy an excerpt from Kiss Me, O’Malley
Two hours later, Sean and her father came out of the study, her father obviously having trouble walking straight.
“I’ve given your hand in marriage to young Sean here,” he announced heartily.
“What?” she and her mother demanded in unison.
“Did I mumble?”
“Well, aye, actually you did,” Maeve replied, her hands on her hips.
“I said I’ve given my permission for Sean O’Malley to marry you,” he informed them with a huge grin as he staggered to his chair.
“How much whiskey did you have to pour down his throat to get him to agree to that?” she demanded, looking at Sean.
“When a man gifts another man with a bottle of whiskey, tis not his place to tell him how to drink it,” Sean answered with a grin.
Maeve rolled her eyes and sank to her knees before her father, taking his hands in hers.
“Da, I can’t marry him,” she said earnestly.
“Canna or wilna?” he asked, slipping heavily into the brogue as he always did when drinking.
“Both.”
“You’d shame me in front of the entire town?” he demanded. “What’s wrong with O’Malley anyway? He seems a fine young lad with a good head on his shoulders.”
“He’s too bossy and arrogant,” Maeve insisted, glaring at Sean who stood leaning against the door casing, grinning.
“Ach, so is your mother and I married her,” her father cried, waving off her objections.
Maeve sighed and put her head down, waiting for the outburst. It wasn’t long coming and after her Ma had given her Da quite a large piece of her mind, she stormed from the room.
“I should have taken a stick to her years ago,” her father said sadly.
“It’s never too late,” Sean offered helpfully.
“Shut up, O’Malley,” Maeve said under her breath. “Don’t encourage him when he’s in this condition. She’s likely to clock him a good one. Come on, Da. Let Sean help you up to bed and then he and I will hash everythin’ out.”
“You won’t shame me, not after I’ve given me word?” he asked, narrowing his eyes.
“I won’t shame you, Da. Now go up to bed and don’t worry about a thin’.”
“Aye, you’re a good daughter,” he said, trying to rise and falling back into his chair, “even if you are a sassy lass. I have no doubt Sean here will know what to do about that.
“Come on, lad, help me up. Maybe I can fall asleep before her Ma decides she’s speakin’ to me again. Now that t’would be a blessin’,” he sighed, patting Maeve’s cheek.
Changing Her Mind (The O’Malley’s Book 1)
By: Stevie MacFarlane 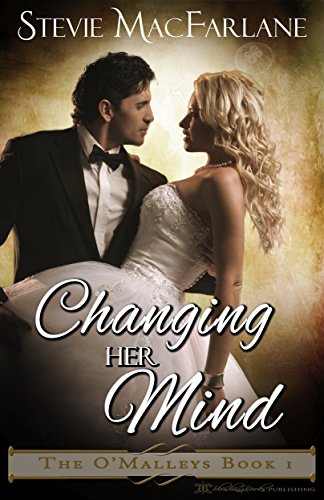 Changing Her Mind (The O’Malleys Book 1)
I never craved anyone the way that I did Mason.
I wanted him bad.
A church wedding?
No thanks.
Lets go straight to the blazing hot sex.
Except Mason has other ideas…which may leave my bottom scorched.
Changing Her Mind the book that started it all has been newly edited and revised along with a new cover and look for this beloved series.
Available for FREE on Amazon 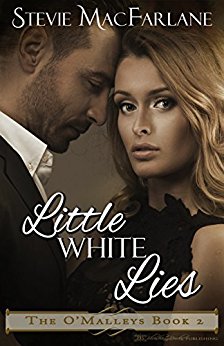 Little White Lies (The O’Malleys Book 2)
The moment I laid eyes on the the kid, I knew he was mine.
Fifteen years!
And Maggie didn’t have the decency to tell me the truth.
Am I angry?
Of course!
She always skirted the truth, but I expected more from her.
But the young man needs a father and I have a son.
I intend to put Maggie in line and cure her of her bad habits.
On sale for just $2.99 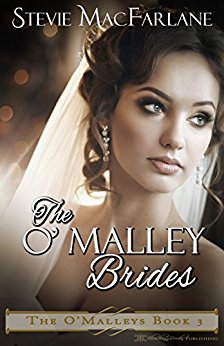 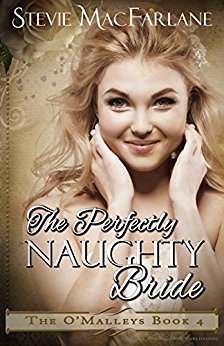 The Perfectly Naughty Bride
(The O’Malleys Book 4)
By: Stevie MacFarlane 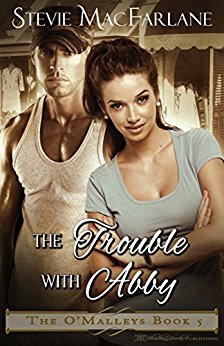 The Trouble with Abby
(The O’Malleys Book 5)
By: Stevie MacFarlane