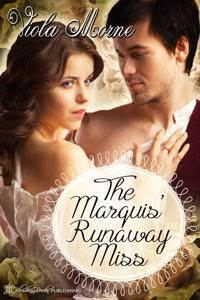 Jemima James is alone in the world after the death of her beloved grandfather. Her new guardian is a rake and a scoundrel who’s determined to master her. Not in this lifetime. Jemima has had enough of her guardian’s domineering ways and she’s running, as far as she can get.
Nicholas Cole, the Marquis of Colmere, isn’t used to taking no for an answer. He never expected to be the guardian of a stubborn beauty who refuses to bend to his will. He is at his wit’s end to deal with her, until he begins to understand the need behind Jemima’s defiance. Once Nicholas places her under his strict rule in the nursery, life finally seems to be going smoother.
But when Nicholas yields to temptation and takes Jemima to his bed, things get complicated. He is prepared to offer Jemima anything she wants – except his name. It’s simply not enough for his beautiful ward.
Danger seems to follow Jemima wherever she goes. And when she runs this time, Nicholas might never get her back.
Publisher’s Warning: This historical erotic romance contains discipline, age-play elements, and graphic sex.
New & on sale for $2.99 this weekend only (regular price will be $4.99).
___________________________________________________________

The Wife He Protected by Megan McCoy

The Pirate’s Temptation by Vanessa Liebe