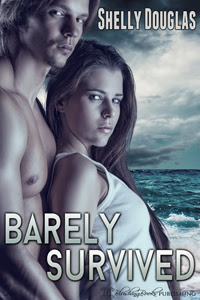 Five years after a boat explosion that injured her brother-in-law, Daniel, and took the lives of her husband, Joey, and sister-in-law, Christina, Jackie Bonerati is summoned back to Hilton Head, South Carolina, for questioning by the police. What was once determined to be an accident has now become a full-blown murder investigation, and the newly hired detective is leaving no stone unturned.

With the cold case heating up, Jackie moves into her brother-in-law’s home and their twenty-five- year-old friendship develops into a loving, steamy romance. Jackie quickly discovers that the domestic discipline/age-play relationship she enjoyed with her late husband is a lifestyle that Daniel has always had an interest in Naturally, he is delighted to protect and care for her in all the ways she was accustomed.

Daniel Bonerati is a handsome, intelligent, no- nonsense man and makes it clear to Jackie that he will redden her backside if she attempts to disobey him or put herself in danger. Our cheeky heroine, together with her new leading man, is extremely anxious to see this case solved, but has a hard time being compliant. After all, it’s been five years since she’s had to stand in the corner with her bare bottom exposed. Can Jackie and Daniel’s new relationship survive the stress of a murder investigation and the possibility of lighting striking twice?

New this evening… Ghosts of Spankings Past by Dinah McLeod