Do as the Doctor Orders by Louise Taylor 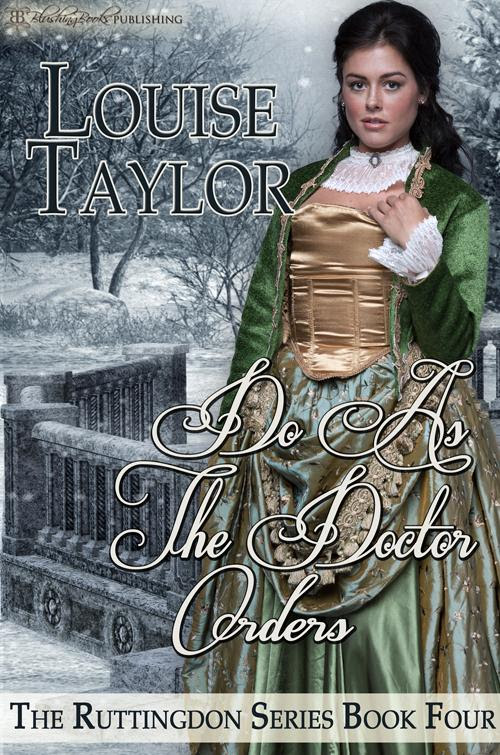 Lady Cassandra Martinbury has a big problem – her spendthrift father has bankrupted their earldom and left the two of them nearly penniless. The only way to save what is left of the family estate is for her to marry a man of means, but she draws the line at being forced to submit to the vicious Marquess of Radcliffe, her only suitor.
Feigning illness to avoid wedding Radcliffe, Cassandra comes under the care of Dr. Henry Sutherland, a Ruttingdon Club member and a specialist in the treatment of female hysteria. He can tell immediately that she is faking her symptoms, but the thought of a week with the beautiful woman at his private sanatorium is just too tempting to resist.
But Cassandra needs a decent, agreeable husband, not a week at a remote therapy spa, where there are few people at all to be found, let alone any unattached men of good breeding. Still, that is where she ends up, although she has no intention of remaining there. Her repeated escape attempts from the place find her over the handsome doctor’s knee three times before she realizes that the man to save her and her father might just be right in front of her!
Publisher’s note: Do As the Doctor Orders contains depictions of adult spanking and sexuality, as well as descriptions of erotic behavior induced by nineteenth century medical devices meant to treat female complaints. If subject matter such as this does not appeal to you, please do not read this book.

Tamed to His Hand by Carolyn Faulkner