***Read for #FREE with Kindle Unlimited** 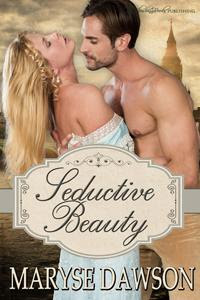 Louisa, now married to Finlay Armitage, must learn to curb her tempestuous nature and become the lady he expects her to be. But Louisa is ever willful and her fiery temper gets her in trouble yet again. She soon finds herself over Finlay’s lap, but try as she might, learning to behave doesn’t come easy to Louisa. Her independent spirit means she cannot help but get involved in things she shouldn’t, despite the consequences.

Finlay Armitage is the happiest of men, for he is now married to the woman he adores, and he does not hesitate to take her in hand when she misbehaves. In fact, he considers it his duty. But it isn’t just his wife who is misbehaving. It has been brought to his attention that his precocious sister, Millicent, has been seeing a man in secret. She denies all knowledge but Finlay doesn’t believe her. He aims to find out the truth, to save his family’s reputation. Little does he know that his wife is involved. His seductive beauty…

Publisher’s Note: Stern British discipline and family values, along with seductive love scenes, make up this delightful sequel to Innocent Beauty. If such themes offend you, please do not purchase the book.

Check it out: Book one, Innocent Beauty is #FREE for just 2 days, Thursday and Friday only!

12 Naughty Days of Christmas: A Bride for Christmas by Joannie Kay (Day 4)

The Omega Within by Carolyn Faulkner