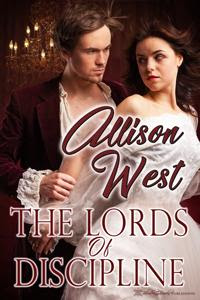 From a line of felons…

Violet Kingsley’s parents, convicted of conspiring against the crown, were sent to the penal colony, leaving Violet with her abusive uncle. Escaping his home was easy, living on the streets was a matter of survival. At nineteen, she wants nothing more than to see her parents again. With no other way to discover their whereabouts, she forces her way inside a restaurant and breaks in to the kitchen, delivering herself one last hot meal before she too is sent to the penal colony, in hopes of finding them again.

Officer James Foster patrols the streets of London and is called into a different district to cover a shift. Catching Violet red-handed with stolen soup right out of the ladle, he has no choice but to arrest her, except his heart won’t let him send this poor woman to the magistrate for further proceedings. He’s seen her before, bought her a meal two years ago, and feels nothing but guilt for her still living the same life she had back then. He should have done more for her. He knows what will become of Violet as a convict on a ship set out for the penal colony – she would be one of only a few women against hundreds of men who want to take her virtue. Violet would not survive the transport, let alone the life of a convict in New South Wales. Needing a caretaker for his fourteen-month-old daughter, James offers her a chance to pay off her debt, with the same sentence term, seven years.

Will she behave as a lady should, or find his expectations and her new life to be too difficult?

DISCLAIMER: This book contains elements of domestic discipline and power exchange. If any of these offend you, please do not purchase.

12 Naughty Days of Christmas: Meg and the Snowy Woods by April Hill (Day 10)