Are you blushing Yet? – New this evening from Maryse Dawson 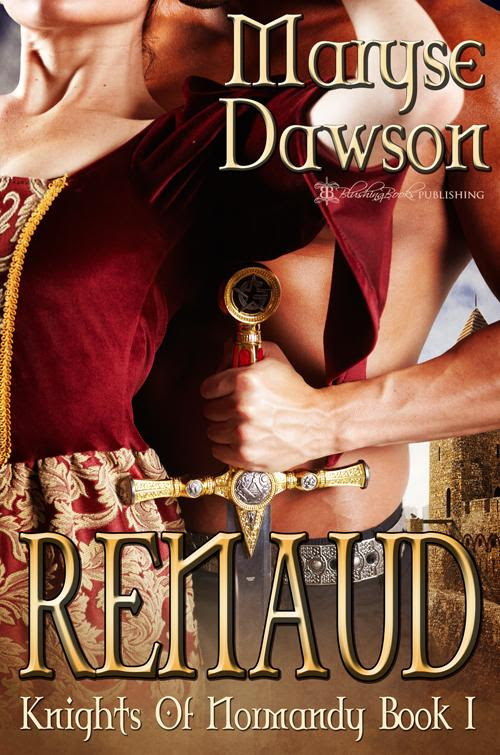 The Year of our Lord 1071 – Five years after the Norman invasion of England, most Saxons have learned to abide by the conquerors rules, but not all.

Pretty Saxon girl, Cynwise Golderon, detests the arrogant Normans and cannot understand why her elder sister wishes to marry one. Not only that, but she will have to live alongside the newly married couple in their stone castle for safety.

When she encounters Sir Renaud de Clairvoy, the groom’s brother, she takes pleasure in riling him, but it only ends up with her over his lap, receiving a sound spanking. By order of the king, Sir Renaud takes Cynwise as his bride, seeking to further their hold on England by joining Saxon with Norman. She detests his Norman heritage but cannot deny her attraction to her strong, handsome husband.

Renaud thought to marry a fellow Norman and a woman less spirited than the feisty Saxon wench he has been given. He must tame her rebellious nature, and the best way he knows how is with a sound spanking. She must learn to obey him or accept the consequences. Will she continue to defy him?