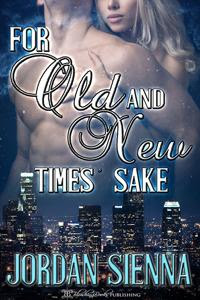 Honey blonde, hazel-eyed Kayla Rhodes has led a wonderful life, both in 1995 as a lifeguard and in 2015 Los Angeles with a rewarding career as a beautician. But she feels her life has always missed something integral. The essential element she is lacking now stems from her high school days.
A precious, dark-eyed, black-haired ex-boyfriend named Antonio Morrison disappeared from her reality without warning at the end of senior year, headed off to the Army as a mechanical engineer after his friend was killed. She hated the fact that he vacated her life so abruptly, but she still loves him despite that. He spanked her when she requested it at that juncture, and to this day, he haunts her consciousness.
Her modern days at work are occupied by memories of those days. She wonders if she may run across Antonio once more. Her nights are filled with longing for him, for what might have been. Yet, they never consummated their relationship, officially, in high school.
Their twentieth high school reunion is scheduled soon. Kayla yearns to touch base with Antonio again and investigate whether or not the incendiary spark is still possible with him. She intends on living out her previous fantasies, unexplored with this man she once loved and shared spanking exploits with…
Will a reconnection actually happen? Will their potential stars align, or not? Or will the idea die a slow death?
Chapter One is available for  FREE
Now available at Blushing Books
___________________________________________________________

Diamond in the Rough by Abbie Adams and Maggie Ryan

The Brothers Rule by Carolyn Faulkner

Her Private Investigator by Lynn Forest (The Apprentice Book Two)