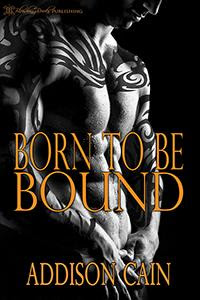 Surrender is not survival.
Claire is desperate. Her once thriving city lies in ruins. The strongest of the three human dynamics, Alphas, have grown feral. Common Betas circle like vultures. The lowest in the hierarchy, rare and weak Omegas like Claire, are being destroyed. Sheltering amidst a dwindling enclave of frightened Omega women, Claire cannot provide enough to feed them all; her friends are starving.
All due to one escaped convict’s violent rise to power.
Shepherd is every bit as ruthless as his reputation suggests, but Claire cannot continue watching her friends suffer. Her last recourse is to beg the most powerful Alpha in the city for aid.
Up close, the sheer size of Shepherd, the raw power of the man, terrifies her. But he may be her only hope.
Before she can render her plea, Claire’s disguise and careful plans fail. Despite taking every possible precaution, she is captured. The moment the Alpha senses her, Claire’s worst nightmare is realized: Shepherd, discovering a rare Omega in his midst, claims her like a prize, forcing a pair-bond that ties her to him forever.
Claire becomes his.
Shepherd keeps his wayward mate locked away where only he might enjoy her and refuses to help her fellow Omegas unless they, too, are irrevocably bound to favored soldiers of his choosing. Claire cannot allow such a thing. She fights her instincts and his will, because no matter how many times he’s knotted her, how manipulative the bond might be, she despises what he’s done.
She escapes.
And Shepherd vows he will hunt her down – ready to burn the city to ash if he has to. Because Claire is his. His mate.
The first book in Addison Cain’s exciting, raw, and suspense-filled Omegaverse trilogy is a dark tale with explicit sexual themes and complete power exchange. If such material offends you, please do not purchase.
New & on sale for $2.99 this weekend only (regular price will be $4.99 on Monday, April 11th).
Available exclusively this weekend on Amazon but will be on the Blushing Books site & Barnes & Noble on Monday (but at regular price).
___________________________________________________________

Academy of Littles: A Dark Daddy Romance by Allison West

Caress of Fire by Mary Auclair