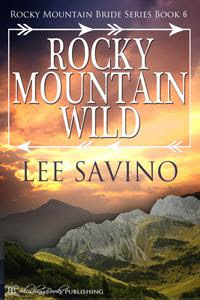 Phoebe Wilson has had a hard life. On her own from a young age, and cursed with a clubfoot, she answers an ad to work for Scottish homesteader Calum MacDonnell, thinking to prove herself with work. What she doesn’t expect is a fierce mountain man, lonely and wild, with a soft side. Even more surprising is when he takes it on himself to protect her from her past, and care for her. Calum insists on treating her like a small child, feeding, bathing and coddling her like a little girl, and disciplining her when she puts herself in harm’s way. But as winter comes, the threat from Phoebe’s past closes in and Calum’s own demons surface. Can their love for each other win in the end? Is Phoebe strong enough to let Calum care for her as his wee one?
The Rocky Mountain Bride Series follows the lives of mail order brides and the strong frontier men who take them in hand. This stand-alone book is set in the 1860s Wild West and contains domestic discipline scenes, including over-the-knee spankings, age play elements, and anal punishment.
New & on sale for $2.99 this weekend only (regular price will be $4.99 on Monday, March 21st).
___________________________________________________________

The Pimlico Affair by Sterling Scott