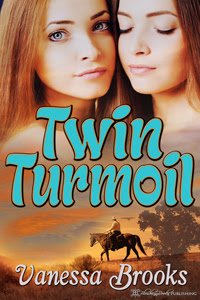 Josie is struggling with a life-altering decision posed by her very alpha-male boyfriend. Is she ready to make the sort of commitment he is requesting? Does she trust him enough to give up some control? Will finding an old journal written by the grandmother she adores help her make her decision? After all, it seems to be a case of history repeating itself as her grandmother had to struggle with similar choices of her own…

In 1967, Socialite Nicola St. Clare is living in London, and working as an editor for a small publishing house. Overnight, her life is turned upside down with the arrival of her father, whom she thought was dead. And yet, there are even greater shocks in store for her. She learns that she had a twin sister, one who has been recently murdered. Now her father wants her to impersonate her twin in order to draw out her sister’s killer.

He persuades Nicky to return to the U.S.A. with him and, overnight, Nicola becomes Claire Keedon, her twin sister. What Nicky’s father neglects to share with her is the fact that part of the ranch he owns in Arizona is a designated discipline ranch, one that seeks to rehabilitate wayward girls. Things become even more difficult when handsome and charismatic cowboy disciplinarian, Liam O’Donnell, who is in charge of behavioural aspects at the ranch, casts his stern eyes over Nicky. Nicola finds that she has her hands full impersonating her American twin, Claire, and dealing with the terrifying attempts that are suddenly being made on her own life. How safe will she be if someone discovers her true identity?

As if all that wasn’t enough, Nicky has a deep secret she has never shared with anyone: she is fascinated by spanking and, with so much at stake, she doesn’t need or want the added complication of Liam taking more than a passing interest in her and her sassy behaviour. She experiences every emotion that life can throw at her in this suspense-filled drama of mystery, deception, and that oh-so-alluring concept of discipline.

Has Nicky bitten off more than she can chew? Should she have taken note of the old adage ‘be careful what you wish for’?

As Josie finishes reading her grandmother’s incredible tale, her decision is made. Could the decision Nicola made decades earlier be the right one for her, as well? Should she follow in her footsteps?

Nothing Average by Misty Malone

Karia and the Master by Isabella Kole