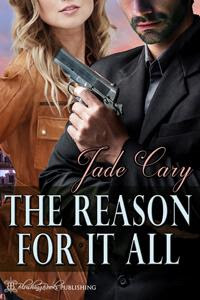 It is Christmas Eve, and Diana Kenyon Rios is spending her first holiday without her husband, Val, who was tragically murdered six months prior. But as she prepares to receive family and friends, she learns the shocking truth that Val may be alive.
She sees the strange man in her dreams, and she feels her husband in his presence. This man is not Val-but he knows Val is alive. In the early morning hours of Christmas morning, he takes Diana away, to a small village in Sinaloa, Mexico, where Diana is reunited with a gravely injured Val Rios. The fight to save him results in another separation, and this time Diana is determined to find her husband, while trying to come to grips with the anger, loss, confusion and betrayal she feels when she learns that Val faked his death.
Val Rios is on a dangerous mission, and he won’t stop until he gets the job done. Diana is determined not to let him out of her sight again, and he must push her away to keep her safe, no matter how much it hurts.
From the beaches of Zapallar, Chile and Los Angeles, California, to the remote islands off the Sea of Cortez and Nicaragua, Diana and Val race to find each other and reconcile the hurt and betrayal they both played a part in. Will they ultimately learn the reason for it all?
Now available at:

Logan and Ronnie by Megan McCoy

Until You by Measha Stone

A Dancer’s Education by Celia Jonson